Before the team’s arrival Karts, make a solo attempt on Borah Peak, but found deep snow and an unknown route to the summit along the summit ridge. The few other climbers on the mountain also retreated.

Knowing that a summit was unlikely, the team still made a summit bid a few days later, only to be turned back by reaffirmed dangerous climbing conditions. Despite this, the team had a great time. 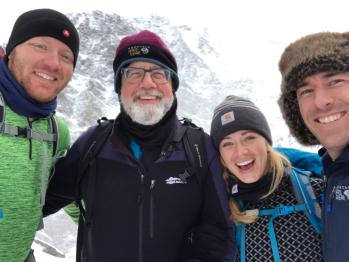